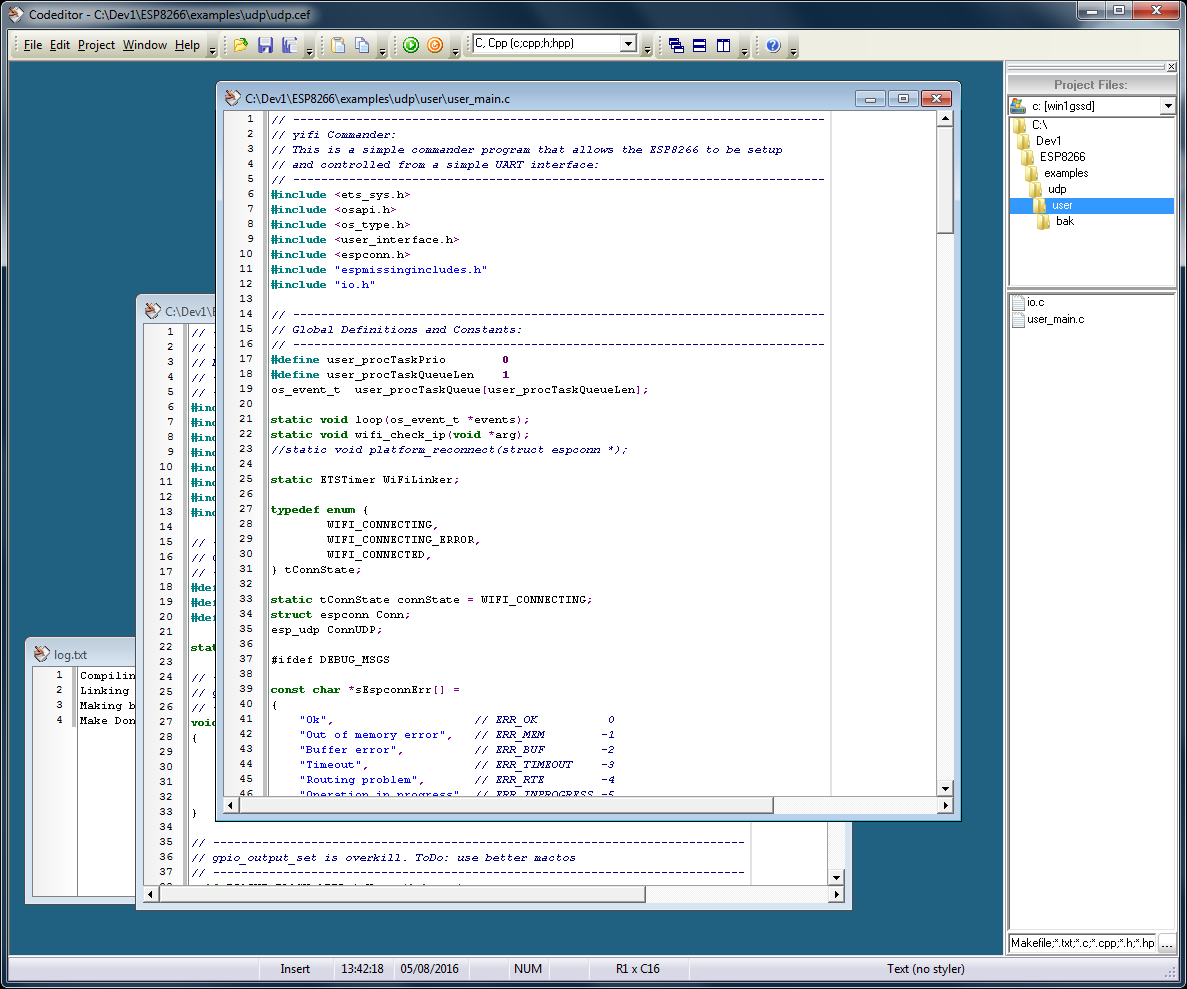 EASY PEASY ESP8266 SDK This is a super simple to use SDK for the ESP8266. This SDK is designed to work on Windows 7 or higher machines without the need to install anything, no Virtual Machines, No Linux or anything else, just download and unzip to a directory and away you go. It includes some good example apps with source code. 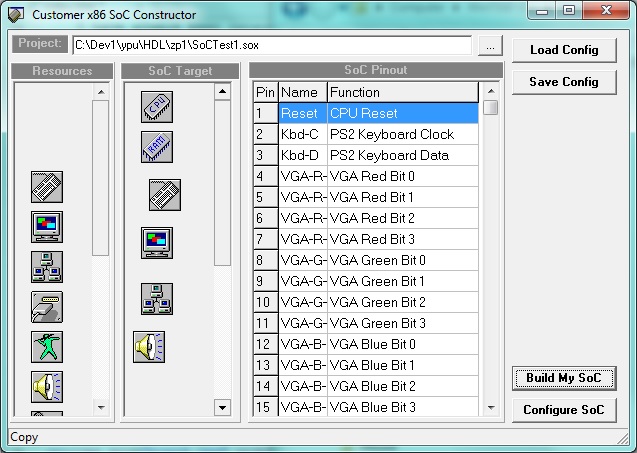 Synthetic System on a Chip generator, complete CPU on an FPGA that can be synthisized, after using a super simple, user friendly GUI to pick all the peripherals that you want on your SoC. Simply drag and drop the desired resources to your target, compile and download and you have the perfect chip for you app. any combination of RS232 ports, PWM, LCD, GPIO, SPI, SD card and so on. (sorry no github files yet, waiting on some legalities). Try it and see: ypu maker

The purpose of the "zPhone Project" is to create a hand held Ultra-Thin Client device operating over a wireless connection such as WiFi or 4G. An Ultra-Thin Client (UTC) is a client implemented in hardware (FPGA). thin client has no intelligence or computing power of its own and hence, relies completely a server for operation. Because the UTC is completely hardware, the cost and power consumption of the device are drastically reduced (no software licensing for OS or programming), everything runs completely virtualized in the cloud! 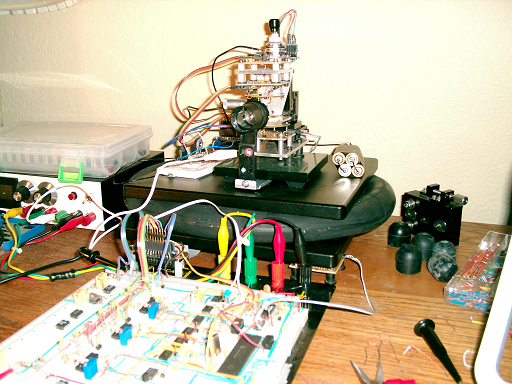 A device by which atoms may be imaged using the Quantum Tunneling effect. STM involves the tunneling of electrons through gap from the tip of the STM to the sample. This can be considered as tunneling between two metallic electrodes, separated by a vacuum region. The potential in the vacuum region acts as a barrier to electrons. In this simplified form, one can apply the solution of the Schrodinger equation, applied to a rectangular barrier: psi = exp{kx}, where k = sqrt[2m(Vb - E)/(h2)] where, Vb represents the barrier potential, E is the energy of the particular state, and h corresponds to the reduced Planck constant. In General, the tunneling current through the vacuum is proportional to the separation between the tip and the sample. An atomically sharp tip is used, the tunneling current from the first atom of the tip can be determined while the tip is scanned using piezo-electric nano-positioning probe and the measured tunneling current is numerically processed to an image. --->

ZBC is a PC-AT Clone implemented as anSoC (System on a Chip) using the Altera Cyclone III FPGA. ZBC is intended to be fun and educational and able to run DOS and uCLinux. The motivation for this project was to emulate the Intel 80186 CPU using Verilog HDL and to synthesis a working computer by utilizing custom and open source (www.opencores.org peripheral IP Cores (Intellectual Property) to form a complete bootable OS from an SD Card rather than a hard drive.

The completed project also implemented complete TCP/IP,UDP,HTTP,FTP,ARP,ICMP stack in a driver called TinySOCK I developed using nothing but RFC's.

Check out all the source code here: The-Zero-Board-Computer

The Audio interface converts the old style carbon mic in the phone to the necessary levels to interface to a PCM Codec implemented on an FPGA along with the Bluetooth stack. You just pair it with whatever cell phone you want, you put your phone in your pocket and now you have yourself a wireless Rotary phone! For this project I used an old timey rotary phone that I bought at a garage sale.

The AGC (Apollo Guidance Computer) was a very early computer, designed in 1964, it was the first to use Integrated Circuits and the first modern embedded processor. Implemented using FPGA (Field Programmable Gate Array) that can think of that as the equivalent of thousands of the TTL chips that is endlessly and completely reconfigurable. I used the Altera Cyclone FPGA which has a lot of memory right on the FPGA. I also developed the user interface using a custom LCD controller using a CLPD and a Microcontroller with a USB interface so code can be downloaded from your PC. You can check out the source on this one at: AGC

A Software Defined Radio was simulated and synthesized using Verilog HDL and implemented in a prototype set up. The design demonstrated OFDM modulation scheme to transmit video images and further demonstrated that is software reconfigurable by altering in software to transmit NTSC video over standard broadcast or FM Radio. This project was used for Masters EE program project and was implemented using an FPGA and an embedded MCU.

"A coward is incapable of exhibiting love; it is the prerogative of the brave."

"Art teaches nothing, except the significance of life."

"Courage is the price that life extracts for granting peace with yourself."

"Imagination is more important than intelligence."